A vacuum cleaner, Shia Lebeouf & a lesson about choice 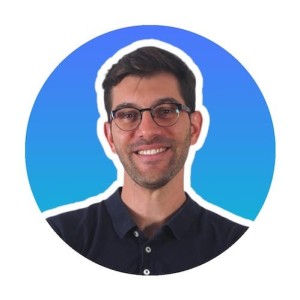 I had been thinking of buying a hand vacuum for quite some time. I was sick of devising silly and inefficient ways of cleaning up the mess I was making in my house, and that appliance was exactly what I needed!

So, the time had come.…
I got out of the house and went to my local electrical appliances store. I was determined to do it this time:

So, in I go, and I see a wall full of vacuums. They looked mostly the same. Their prices ranged from 25€ to 60€. Their performance specifications varied as well and I examined them while the employee provided me with some information that confused me rather than helped me make a decision. The conversation in my head went:

– Let’s buy this shit!
– Which one of all?
– It’s not much of a big deal! I’ll just choose anything. They’re more or less the same anyways.
– OK, so choose the cheapest.
– Alrighty then! Let’s d… Wait a minute. The cheapest is usually the crappiest. I don’t want to buy a new one next year.
– OK, so take the expensive one. It will be an investment.
– Well, OK, but come on… it’s more than double the price. It can’t be that better!
– I understand. So, the best option for you is to buy something average, right?
– Exactly! Which one to choose now? There are three different brands and each brand has 3 models with different specifications each.
– Hm… yeah it’s getting difficult to choose now. Hey take this one. It’s a BOSCH! German quality!
– Naaah! You are probably paying for the name of the brand rather than the quality. The other one is…

It went like this for a few minutes. In the end, well… let’s just say that I skipped step 2 and step 3 altogether.

And this was a simple example of…

The Paradox Of Choice.

What is the Paradox Of Choice? It’s simply the notion that increasing the variety of your options (aka “freedom”), decreases rather than increases your overall happiness. Or, simply put, the notion of “More is less”. (Go check this book, or this famous TED talk for more).
That paradox is something that has been prevalent in many areas of my life for as long as I can remember, and manifests itself in various ways.

If you have no idea about economics, this is what opportunity cost is: It is “the benefit (monetary or psychological) that a person could have received, but gave up, in order to take another course of action”. This concept is at the heart of the paradox of choice, since when we choose something we usually have to give up all other options. And since our options are becoming more and more, we have to give up on more and more things. The opportunity cost skyrockets, while the benefit you gain from your choice remains constant.

And then there is regret.

Because, in the unfortunate event that your choice turns out NOT to be the optimal (it probably won’t) you’ll say to yourself “I knew it! I should have bought the other one, with the smaller screen, but bigger battery. And the power button to the right side! Aaghh! My life sucks!”

Let’s quickly sum this up in this equation:

Fear Of Missing Out

A closely related phenomenon is FOMO, (Something that we, marketers love to use “against” unsuspecting customers by the way – mehehehe):
What is FOMO? It stands for Fear Of Missing Out. When there is a whole lotta stuff going on around you, you often end up wanting to get involved everywhere. And you “fear” of missing out on any of them. There are so many cool things to do nowadays in the western world. So many options! Plus, you have laptops, tablets, smartphones, chat apps, efficient public transportation, safety, that make your access to them so much easier and act as a constant reminder that “Hey! Seriously, stop reading that book! Mark just “checked in” on this super cool cocktail bar with a bunch of your friends! Go join them!”. Suddenly, reading that book doesn’t feel as pleasurable…

So, what you end up doing, is simply living in the imaginary world of “what if”. You are rarely “present” and “in the moment” because every second you are thinking of what you are missing, instead of fully engaging in what you are doing right now.

You can’t be everywhere and do/have everything. So, owning your choices and being 100% present and committed to them, is what makes the most sense in keeping you sane and functional in your life.

I was thinking one day… “why am I so afraid to make this simple choice?”

The “AHA moment” hit me: “I’m afraid because if my choice turns out to be bad, it will be my fault”. I would be responsible for my choice! I would have no one to blame! What a horror!

I would -for a moment- …be a failure!

No one wants to be a failure. Nobody wants to admit they are in some way “stupid” or incompentent. So, avoiding responsibility for your actions keeps your ego “safe”. And yes, even for something as unimportant as buying a hand vacuum, I think that this idea plays a big role.

How can this madness stop?

For the past years I have been doing these:

As we saw, what I did kinda sucks.

What works, unfortunately is this instead:

Just choose something and go with it. Just do it.

You’ll never have it all anyways, so just pick something that you like and just-fucking-do-it. And don’t expect it to be perfect either. Just do it and let the next dilemma come to you later. The next choice you’ll have to make will be of higher level, and that’s good.
Accept what is, rinse and repeat.